A Green Project for a Modern City! A 9 km-highway for bicycles along the metropolitan line U1 is the only way to allow a surface long-distance bike route that connects Zoologischer Garten station to Warschauerstrasse. It’s realization not only enables the construction of wider pavements in Skalitzer Strasse but also valorizes that long, asphalted and degraded strip between Görlitzer Bahnhof and Kottbusser Tor.

The so-called Radbahn, of which 80% is supported by already existing infrastructures should cross Kreuzberg parks and the canal all the way to Oberbaumbrücke and through the Spree River. In short, a real highway for bicycles.

"The idea was born observing the unused space under the metal structure of the U1 and the will to improve the infrastructure for cycling in Berlin, which we do not feel adequate to the amount of cyclists that populate this city, and that it should be more promoted by the city authorities. The proposal was rewarded with the Bundespreis Ecodesign in 2015 Konzept category and since we published the idea through the website and Facebook page, we have been inundated with emails and positive feedback on every front, from the ordinary citizen, to the politician, to the designer. “

A green project. Radbahn also wants to emphasize the "green" character of the city and try to convince more and more people to use the two wheels as a means of transportation. In view of the upcoming elections in Berlin in 2016, the Radbahn team has already scheduled meetings with various political parties seeking to include the project within their government programs.

Ten percent of Berlin's population regularly uses bicycle as an alternative to the car or public transport. The big success that bikes have is evident also among tourists, who choose them especially if they have little time or to enjoy the city at high speed. At this point we just have to say “Drücke ich euch die Daumen” (literally: squeeze thumbs for you - cross my fingers for you). With such a project it makes me want to ride my bike again! 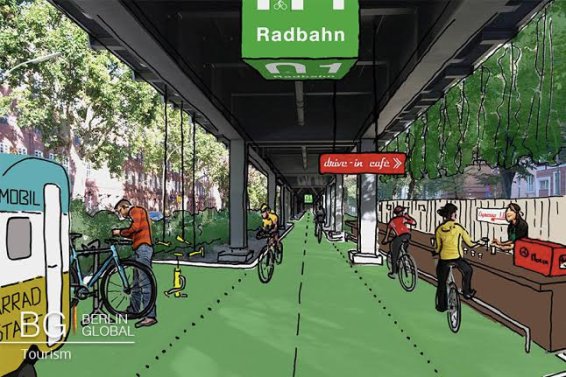 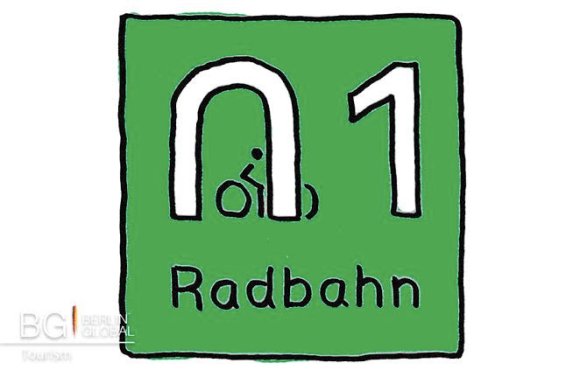