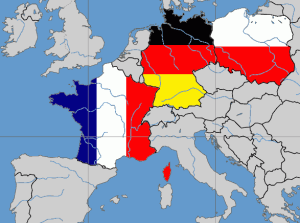 News from Berlin – French and Polish ministers of agriculture, Stephan Le Foll and Marek Sawicki, and the current German Minister of Food and Agriculture, Christian Schmidt, met this September in Bonn to discuss a number of issues related to agriculture in their respective countries.

The main theme of the discussions was the question of the embargo imposed on Russia and its potential implications on French, Polish and German markets, especially in the fruit and vegetable sector; another issue was the dairy sector and the increasingly difficult situation for milk producers; the third major topic was the regulatory constraints related to ecological agriculture. Both Germany and Poland agreed that a lot needs to be done in order for the programme to work at its optimal level. All three ministers agreed on the creation of a special committee which would supervise the implementation of the agricultural programme of the European Union. The talks took place in the context of the Europe 2020 strategy and CAP – the Common Agricultural Policy for the development of Europe.

The talks are said to have been conducted in a very cordial atmosphere and all ministers present were in agreement as to the major points in the discussion. The next meeting will take place later this year.