The Embassy of the Bolivarian Republic of Venezuela in Germany celebrated the 204th Anniversary of the Country's Independence On Monday, July 6th, his Excellency the Ambassador Ramón Orlando Maniglia, organized a commemorative act in front of the statue

On Monday, July 6th, his Excellency the Ambassador Ramón Orlando Maniglia, organized a commemorative act in front of the statue of the political and military leader Simón Bolivar in the gardens of the Ibero-American Institute in Berlin.

The commemorative act proceeded with the chant of “Gloria al Bravo Pueblo”, the national anthem of the Bolivarian Republic of Venezuela, and with the greetings of the representatives of the diplomatic corps in Germany present during the act.

Following the act, the participants and all the friends of Venezuela gathered in the historical building of the Deutsche Bank. His Excellency the Ambassador Ramón Orlando Maniglia gave a speech including a historical review of the 5th  of July of 1811.

The music band ALCABA, from Venezuela, composed by the two brothers  Alejandro and Jesús Carillo, offered a concert of classical and Venezuelan music that contributed to create a cheerful and entertaining atmosphere to celebrate the national day.

Diplomats and military attachés from more than 35 countries, Ambassadors, representatives of the Federal Parliament, government officials, and the apostolic nuncio in Berlin, His Excellency Nikola Eterovic, attended the acts of commemoration. 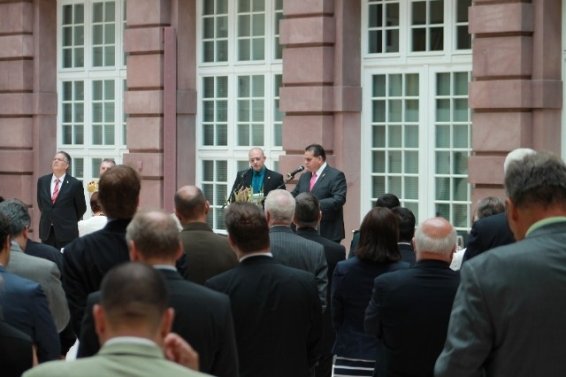 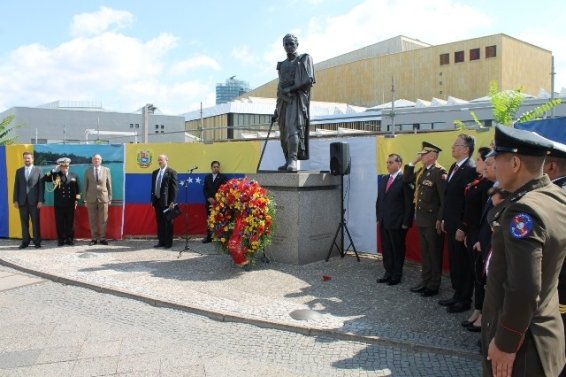