Going Green, Initiators for the Education for Sustainability Receive Germany, Land of Ideas  Landmark 2015 Prize Awarded by the "Germany-Land of Ideas" Association for its Outstanding Community and Student Engagement

An awards ceremony is to be hosted at the US Embassy in central Berlin on July 9th 2015, the Germany-Land of Ideas association, presenting to the Going Green for Sustainability project award for creative minds that confront the potential of the digital world with courage and curiosity and encourage innovation that paves the way for these developments.

The Land of Ideas association was founded by the German Federal Government and the German Federation in 2005 of Industry in order to support innovation and creativity within Germany and abroad. The association has awarded the prize to the Going Green Team, who are made up of environmentalists and experts comparing environmental sustainability approaches and initiatives at local and state level in both the US and Germany.

In order to compete in the running to such a prestigious award, students and teachers were encouraged to compare environmental sustainability approaches in both the United States and in Germany, examine U.S. initiatives at the local and state levels, and consider green initiatives in their own communities. The Going Green Team prior to the competition conducted the Pilot Project 2014, which attracted attention within the areas of sustainability and innovation and featured workshops incorporating U.S experts on climate change and environmental topics. The project ran from September-December 2014 all over Germany and incorporated green issues into their English language classrooms using initiatives from their Going Green teaching materials. Some German partners even partnered with U.S schools and collaborated with them, providing German students with the opportunity to interact directly with U.S native speaking peers and communication with expert advisors in the field. The Going Green Team are to be awarded the special prize as their initiatives involved taking knowledge into the local community, including planning Green Days and social media campaigns to promote such concepts as bans on plastic bags, encouraging recycling and buying locally produced food. The team additionally designed produced reusable tote bags and created impressive campaigns raising awareness on the harmful effects of chemicals in the clothing industry, and the benefits of organic, homemade cosmetics.

In recent months in the lead up to the award, the U.S. Embassy in cooperation with Friedrich-Ebert-Foundation premiered the most creative student projects to 20 schools from all over Germany on December 5th, 2014, which allowed the innovation to be displayed and the participants to explain their work. 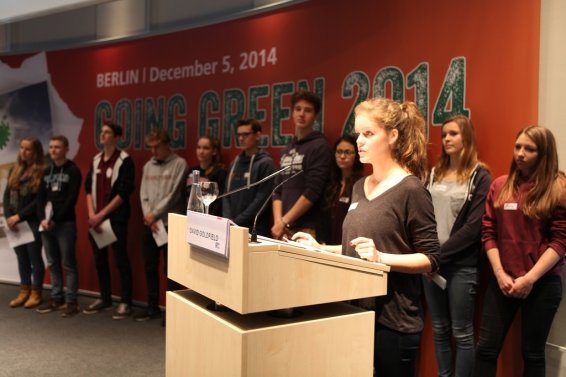 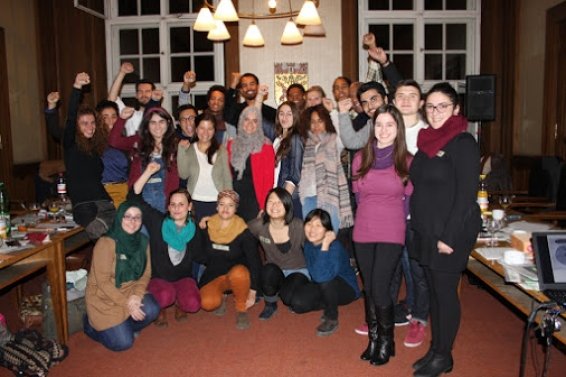