Gretchen Benders exhibit of American film, video and photos commenced on April 18th at The Schinkel Pavillon with the support from the US Embassy in Berlin

Ariane Apicella - Bender's exhibition consists of an enormous assembly of twenty-four stacked TV monitors and three projection screens, creating an eighteen-minute performance of moving images. The footage has been taken both from movies, television transmissions and commercials and has been edited to a rapid beat, played forward, in reverse and in slow motion. Different images appear on screens: abstract computer graphics, animated logos, movie titles in various forms and intermittently inactive displays, creating a composition that Bender describes as an “electronic theatre”.

The concept of “speed” is the center of both Bender’s artwork and aesthetic features, dealing with the speed of network transmission, viewing images, technological obsolescence and of cultural change.

The exhibition allows for a unique visual channel into the radical transitions of the 1980s, which is considered by Bender as the prelude of the coming media revolution of the digital world. Her works and installations in fact attempt to represent the contemporary cultural logic of television and computers.

New York-based musician, Stuart Argabright, composed the electronic soundtrack for ‘Total Recall’, while the computer graphics were programmed in collaboration with Amber Denker, who also co-designed the revolutionary digital animations for “Music Non Stop” by Kraftwerk.

The artist herself, Gretchen Bender, was born in 1951 in Seaford, Delaware, USA. She moved to New York’s East Village in 1978 where she befriended artists such as Robert Longo, Richard Prince, and Cindy Sherman. Bender started using television imagery in her work in 1982 and taught herself video editing. She consequently started using the most advanced video and digital technology available at that time, but only recently (after her death in 2004) has being recognized for her pioneering role.

The exhibit at the Schinkel Pavillon in the Prinzessinnenpalais will run until May the 31th. The Embassy of United States of America supports in Berlin supports the educational program accompanying the exhibition. 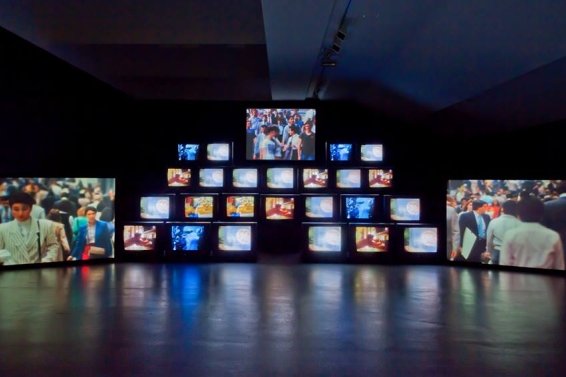 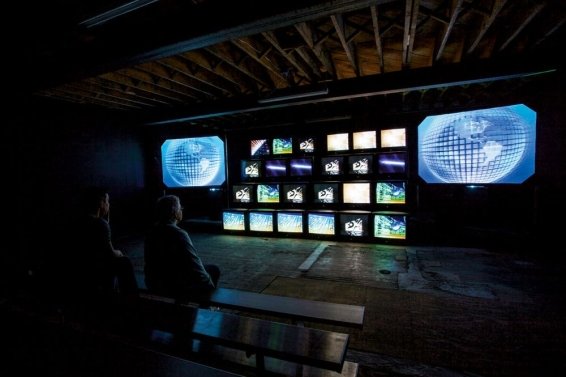