A Conference for its 25 Year Anniversary The Czech Embassy in Berlin initiated a conference for the 25th anniversary of the existence of the Visegrad Group, in cooperation with the Berlin embassies of V4 countries and the German Society for Foreign Policy/DGAP. The event took place at the 25th of April 2016. The main aim of this event was to introduce the German public to the Visegrad Group, and recognize it as an established international brand that can look back on an interesting and exiting quarter of century of history.

Another part of the conference provided the speech from experts of the four Visegrad countries, namely “The Visegrad countries, Poland, Slovakia, Czech Republic and Hungary-between common objectives and national interests”. Around 160 guests attended the event, among which we find members of the federal government, researchers and scholars from the academic circle, and the Berlin diplomatic corps. As part of the event, an exhibition of the Czech V4 Presidency for historical development took place. It was also about the successes and areas of activity that the Visegrad Group obtained in the last 25 years, and it was an opportunity to look and to taste the culinary specialties of the Visegrad countries. 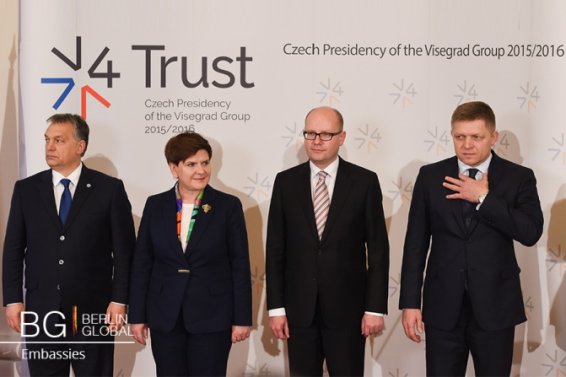