Venezuelas Embassy in Berlin has launched a series of cultural theme nights, centred around the film series Mercosur. The screenings are to run until May 13th, and to tour various Latin American embassies in Germany.

Ariane Apicella - The opening film night at the Embassy of the Bolivarian Republic of Venezuela was hosted by Ambassador Orlando Maniglia Ferreira, Chargé of Argentina, Minister Luis Azpiazu as well as diplomats from the embassies of Brazil, Uruguay and Paraguay and a large audience of over 100 people. The night began with a brief opening speech by Armando Bo, Argentinian director of the film series titled “El último Elvis” ("The Last Elvis"), the night went on to be a great success, ending with a reception of Argentinean specialties and wines.

The Film Series Mercosur, now aint its fifth cycle, has been running since 2011 and is organized by the Embassies of member countries in Berlin. As in previous years, one movie from each Mercosul member country will be screened during the film series. The most recent screening, on April 15th, was the Brazilian “É Proibido Fumar” directed by Anna Muylert, whose last work "Que Hora Ela Volta / The Second Mother" won the Panorama Audience Award of the 65th Berlin International Film Festival in February this year.

The next movie to be screened is Dario Cardona‘s “Felipe Canasto” on April 29th, a Paraguayan thriller-drama set in 1875 after the War of the Triple Alliance, in which the main characters are three women involved in a mysterious legend about a terrorizing creature called Felipe.

Uruguay’s turn will be May 6th, and will see a screening of “El Casamiento” (The Wedding) directed by Aldo Garay and the short movie “Ataque de Pánic” (Panic attack) by Federico Alvarez.

The closing night will be on May 13th, with the Venezuelan “El Manzano Azul” (The Blue Apple Tree) by Olegario Barrera. If you want to participate, admission is free, but registration is requested at acultura@botschaft-venezuela.de. 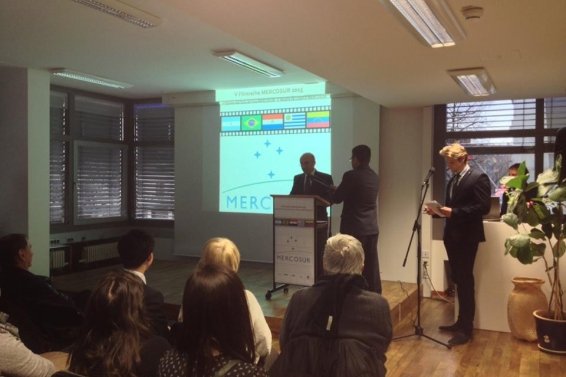 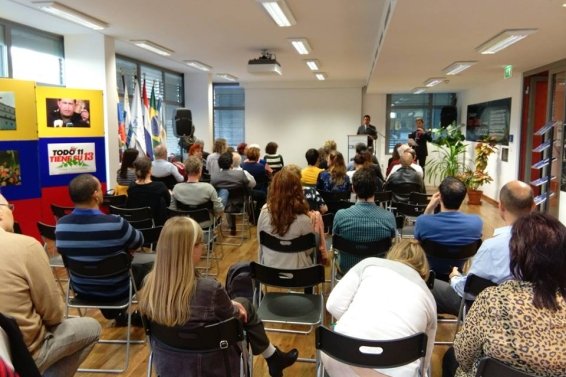