The MikroMakro life, it is called the exhibition that will host the Embassy of the Republic of Chile in Berlin. The two protagonists of this exhibition are the artists Dominga Vergara (painting) and Rommy González (graph). A large format painting and abstract, the other creates fantastic landscapes seen from a micro-perspective.

"Some time ago we turn away from nature and we can’t perceive almost nothing of its richness of detail and its functional beauty," says Rommy González. "As individuals isolated from each other we shared living spaces, by which we move, but universal things and inherent in all organisms are only opaque and blurred images in our perception."

The artist refers to its graphics as "micro-landscapes fantastic". They take a microscopic look at plant and animal cell structures. "The parallelism between the different cell types explicit, that only few tiny differences are responsible for the infinite diversity of nature," says Gonzalez. She interprets her work as an artistic confrontation with human life as part of a universal whole.

Dominga Vergara's work is of large format and is done instinctively. It works using oil, acrylic, pencil, tempera, oil and charcoal pencils. She begins her drawings with a kind of skeleton, drawing lines in different directions that they intersect, overlap and divide the work on several levels. That's when the paint comes into play. Thick brushstrokes and violent watered down, other brushstrokes that structure a form. Small brushstrokes make a form, and other giants cover the entire fabric. Large triangles and pyramids, squares and circles floating in a space not entirely recognizable. 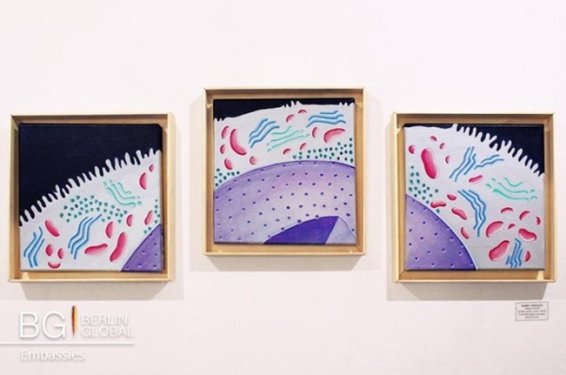 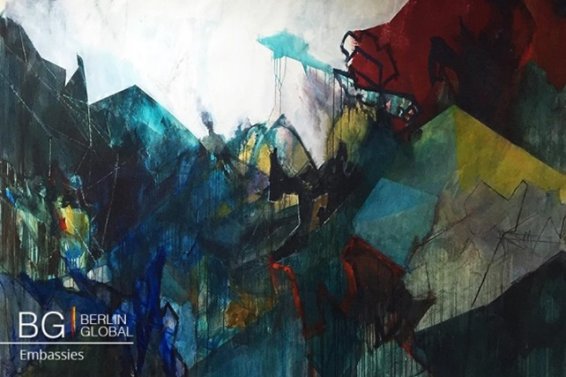