The Embassy of Sri Lanka Celebrated New Year in Berlin On Saturday, April 16th, 2016, the Embassy of Sri Lanka together with the Sri Lankan Associations based in Berlin organized the Sinhala and Tamil New Year Festival. A large group of Srilankans and Germans living in Berlin were gathered in the Embassy premises.

During the day, people were served a traditional food in a celebratory atmosphere and listened to speeches. Srilankans were blessed for New Year in Buddhist and Hindu ceremonies by the Venerable Ratmale Punnartana Thero of Hamburg Buddhist Temple and the Reverent Kurukkal Shanmugasarma of Bielefeld Hindu Kovil. Ambassador Ka runatilaka Amunugama took also part in the celebration. He conveyed his best wishes for the special occasion. He also highlighted the importance of multicultural events of this nature to promote national reconciliation, unity among Sri Lankans, wanting to hand over these traditions to the younger generations.

People were served the traditional ‘Kewili Table’ and a number of traditional games were organized. For example, ‘kana muttiya bindeema’: a game where a sand or water filled pot is hanged on a tree and blind folded people try to break the pot with a stick. The winner is the one who manages to break the pot first. Moreover, the game of Aliyata ehe thabeema was played, where a blindfolded person tries to mark the eye of an elephant. It should be stressed that many more games were played such as ‘Andayata kiri keveema’ as well as the ‘Avurudu Kumari’ beauty competition. The event was an ideal opportunity for Sri Lankans to gather and participate as a community in upholding cultural traditions and values. At the end, the winners of all events were awarded valuable gifts. 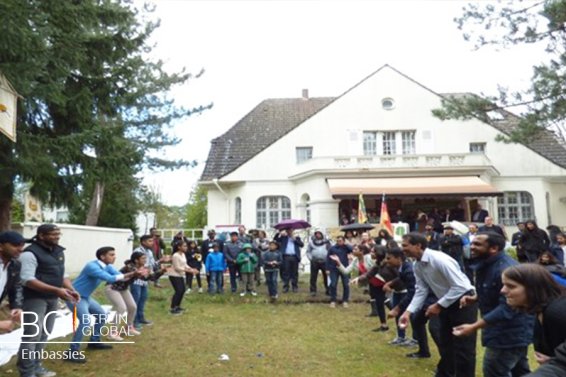 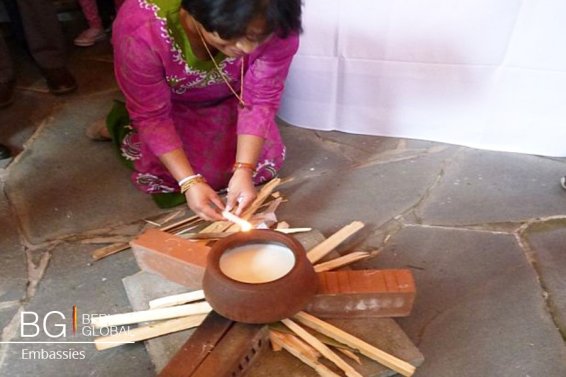