President Widodo of Indonesia Gets German Businessmen to Invest

In his speech before the businessmen of the two countries, the President confirmed Indonesia’s wishes to boost economic cooperation with Germany. Despite the challenges of global economy, Indonesia showed resilience, even surprising growth, he said.

Indonesia’s GDP growth reached 5.03 percent in the fourth quarter of 2015. The interest to invest in Indonesia is currently at its highest point in history, according to the Asian Development Bank.

The economic stability in Indonesia has be achieved due to the two of the country’s economic growth engines: namely infrastructure construction projects and investment, according to President Joko Widodo. These sectors have shown tangible results and breakthroughs.

One of the projects is the cooperation on the Bandung-Jakarta fast train line construction. With this cooperation, China will build a factory in Indonesia, which will not only produce, but also export the fast train to the entire Southeast Asian region.

President Joko Widodo also explained about the government’s economic policy, which was partly inspired from the experience of European countries in facing the economic crisis.
"I like the German culture of doing business. I am the same. I do not like to talk too much, I like to work a lot“, the President noted.

The Indonesia-German Business Forum brought together investors and the governments of both countries to discuss long-term investments. The President is visiting Germany accompanied by 42 Indonesian buisnessmen from various fields.

The improvement of economic cooperation becomes the main focus on the completion of the Comprehensive Economic Partnership Agreement (CEPA) negotiation with the European Union.

In addition to making a keynote speech at the Indonesia-German Business Forum, President Widodo had several meetings with a number of CEOs of leading German companies, including Meyer Werf GmbH & Co.KG, Ferrostaal GmbH, Bayer AG, and Siemens AG, in addition to Daimler AG, and Deutsche Bank AG.

A number of cooperation agreements were signed between German and Indonesian companies, such as PT Aneka Tambang and Ferrostaal, PT Pelni and Meyer Werft, PT Pindad and Junggans Microtech, and APRIL and Inapa, in addition to PT PLN and Siemens. 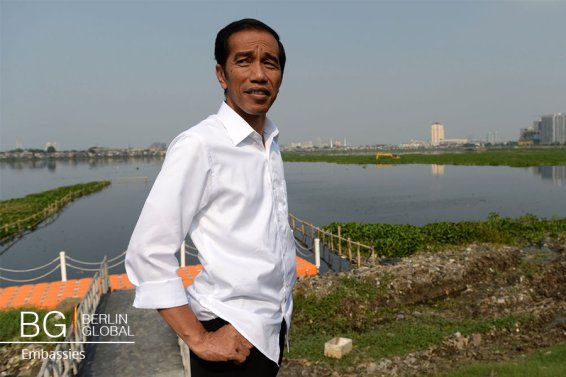 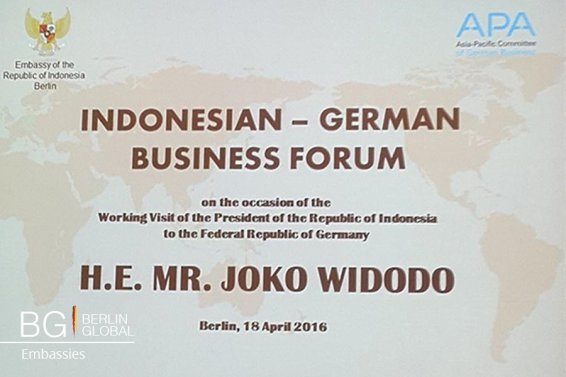