The Embassy of Mexico to the Federal Republic of Germany and the Executive Board of Volkswagen de Mexico is pleased to invite the Mexican collaborators in Germany, Volkswagen of Mexico and the Mexican community residing in Germany, to an event on the occasion of the Independence of Mexico. The event will take place on Friday, September 11th, at 19.30 hrs at the Restaurant Schützenhaus Vorsfelde, located at Meinstrasse 86 Vorsfelde.

Although the precise date of the celebration of the Grito de Dolores and the beginning of "the war for Mexican independence" is September 16th, this time the commemoration of the event will be held on the evening of the 11th in Vorsfelde.

El Grito de Dolores is considered to be the act that started the War of Independence of Mexico. According to tradition, it commemorates what the priest Miguel Hidalgo y Costilla, in the company of Ignacio Allende, and Juan Aldama, yelled to his parishioners encouraging them to revolt against the colonial authority of Spain. This happened in the morning of September 16, 1810. Since then, every year on the night of September 15th, at around eleven in the evening, the President of Mexico rings the bell of the National Palace in Mexico City. After the ringing of the bell, he repeats a shout of patriotism based upon the "Grito de Dolores", yelling the names of the important heroes of the Mexican War of Independence.

To attend the event, people have to request the number of tickets they wish to purchase by sending an email to the following address: fim.volkswagen2015@gmail.com. Tickets cost €25 for adults and €10 for children between the ages of 4 to 14. Entrance for children under 4 is free. 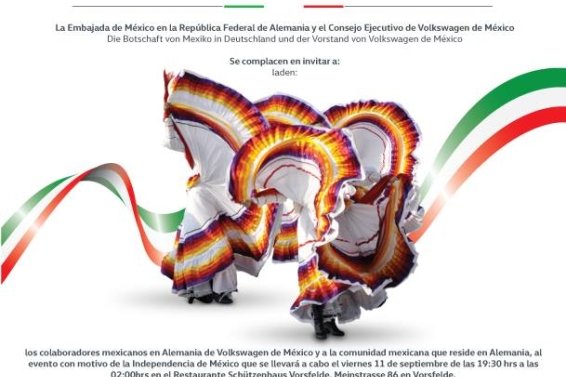 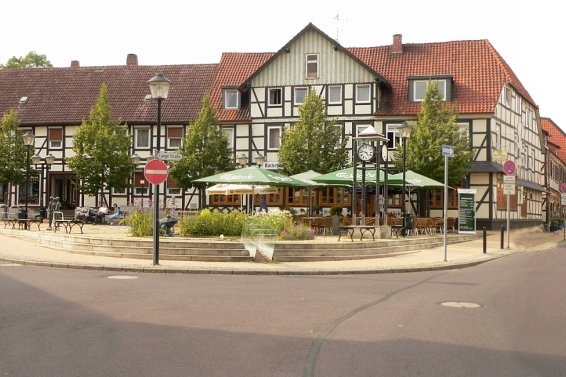