Diplomacy and Cultural Diplomacy from an Icelandic Perspective

H.E Gunnar Snorri Gunnarsson was born in Reykjavík, Iceland, 13th of July 1953. He conducted his studies in the Universities of St. Andrews and Edinburgh where graduated in the year 1977 with a degree in English Literature and Philosophy. His professional background includes teaching at Ísafjoror Junior College and at the Universidad Complutense in Madrid. Besides the pedagogical field he has served a number of government roles at the Ministry for Foreign Affairs and also on different roles in Icelandic embassies apart from other important positions at the European and international organizations.

You have had a very successful career dedicated to international relations during which you have been the Ambassador of Iceland in China, Representative to the United Nations Office and other International Organizations including the World Trade Organization. From these different but influential positions, which have you found to be the most challenging?

It is quite difficult to compare, but the most challenging was even before I became Ambassador when I was involved in the negotiations in the European economic area in Brussels. At that time, I was Deputy and part of the negotiating team and after that countries became part of this European Economic area, which is still our most important tool in the relationship with the European Union. In addition, when I was Ambassador in Geneva we had to negotiate the entry of Austria, Finland and Sweden to the European Union and to reorganize the AFTA cooperation that was a big challenge and another challenge was when I was Director of the Ministry of Economic Affairs and I had to prepare a ratification process for the EAA equipment. So both international and domestic issues were challenges I had to face.

How have the relations between Germany and Iceland changed over the years and in what ways is the Embassy of Iceland in Berlin promoting Icelandic culture?

The relationship between Germany and Iceland is very good and harmonious and has had very few problems. The only sort of joke/problem is the German opposition to Icelandic whaling. Is a great pleasure to be Ambassador of Iceland in Germany because there is good will from both countries and it is a very pleasant task to fulfill here. We find it important to foster in general the basis what Iceland has to offer, we find important to present an image of Iceland including the vibrant culture to be seen in Iceland, which is a society that has a lot to offer and that has an effect on the political images, economic factors among other things.

With regards to cultural diplomacy as a tool to achieve conflict resolutions and peace. Can you give us an example of a time during which you were involved in successful cultural dialogue?

Iceland was the guest of honor at the Frankfurter Buchmesse - book fair. This was at the time the crisis hit Iceland quite hard in 2008. We also had some difficulties and the Icelandic banks had to face the questions about credibility from Germany and gain the trust again. I think that the participation to book fair was to way to re-establish reputation for German companies. This fair was a successful example of cultural diplomacy. State finances were at the time in difficulty and everything at the administration level was cut down. Because of these cuts Iceland could only concentrate on a few projects and the book fair was seen an important one.

Iceland applied to be part of the European Union in 2009 but in 2013 the Government of Iceland suspended its application. In your personal opinion, what are the main reasons for the Government to withdraw the application and do you this decision serves the interests of your country?

It is one of the most controversial issues in our country. The government in charge at the time of the application was not. There was not full agreement of that goal. Democrats were in favor, lefts and green were opposing. But because they wanted to be in the government they reluctantly sent the application. I think the participation was a very important fact of re-establishing the opposite party in the government in 2013, who were Euro-skeptics. Two factors were important for the economic office: fishery: they were skeptical of getting a good deal for fishery from EU; and the agricultural office was also skeptical of the deals they could do with EU.

Basically the protests are something that worries any politician because the fact of having 20.000 people in front of the parliament protesting makes any politician take this very seriously indeed. But still he has a majority in the Parliament so the real cause for worry is when the whole majority starts to voice doubts and this may happen and I think the situation may be clear later this night. The problem is when the majority starts to oppose the Prime Minister for considering that he has evaded money illegally when it is actually not like that.

He has emphasized that he has no secrecy that he has made public his assets abroad so he was not hiding it but he hasn’t told the public about this and that is the problem when a politician is not transparent. The inheritance of his wife that has brought him abroad is not illegal and is not tax evasion but maybe is not quite as transparent as what we wish from a politician.

Will he remain in charge even though many people is asking him to resign?

The coalition party hasn’t decided if to support him or not so let’s see what happens from this process.

Some international organizations such as Green Peace are protesting against the whale hunting, what do you think about the international pressure on Iceland about this tradition?

It is a difficult situation and we have the right to explore this as a general resort but we know from the general opinion that whales are not species like others since they have a special status in the imagination of the people so probably the whale hunting will stop in a future due to the public and international pressures. So it will be an issue to decide whether we continue with the whale hunting.

What is your opinion about the future career chances for youth in Iceland and what advice would you give to young people who are interested in pursuing a career in international relations or diplomacy?

I would tell youth to be open to travel, like they are currently doing since they can learn languages and acquire new experiences. So I would suggest to travel and adapt to new circumstances that will help the youth understand different cultural contexts, which may be a challenge but are important because they help them grow. 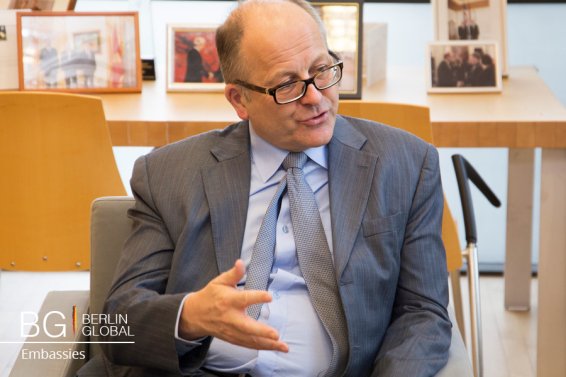 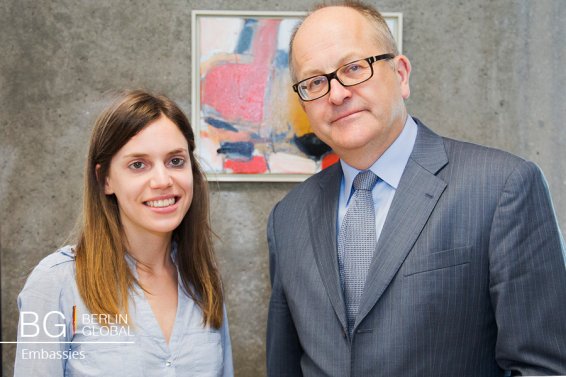