Honduran Tourism is Discussed at the Berlin Economic Forum 2016 At the beginning the Ambassador, after a short introduction about his relationship with ICD, explained the importance of the ITB for international tourism and showed his enthusiasm to be at ICD to promote his country.

After that Ms. Zelaya presented the brand of Honduras. She explained that the creation of the Brand, started last year and will be complete in 2017. They have two main objects to support their strategy: creating a country brand to foster the national image of the future of Honduras, and strengthening the construction of a positive perception of the country in key audiences like investors, businessmen and tourism operators. In order to reach this goal they created a national council and an institution in which are involved both the private and public sector. Engaged in the development of the Brand are the Ministry of Foreign Affairs and International Cooperation, the Presidency, Honduras Institute of Tourism, Ministry of Economic Development and the Private Sector.

The Brand has three main pillars that they want to increase: investment; strengthening Honduras’ bonds with foreign investors, tourism; displaying Honduras’ diverse tourism offering, and exports; and highlighting the quality of Honduran products.

To complete the Brand they needed an image to be recognized that they obtained through a public contest.

The guest spoke also about two projects they are developing, the first one is a book “Honduras en tus Ojos”, in which are contained photos of the country, the second is a documentary “Inventory of the heart”, to show the beautiful places to the world.

Ms. Zelaya concluded her speech by telling the fact that the Brand has four ambassadors, people who represent different parts of the culture and work every day to connect the world to Honduras.
At the conclusion of the presentation of the Brand she called upon Ms. Suárez, who spoke about the main product of Honduras: coffee. She talked about the importance of coffee in the Honduran tradition. In the 19th and 20th centuries coffee was been the principal export and the main income source of Honduras, representing 3.7% of national GDP in Honduras.

The third and final speaker of the Honduras delegation was Ms. Sue Ellen Chávez who is the Marketing Manager of the International Tourism Board of Honduras. For this reason she spoke mainly about the marketing of Honduras, she began by asking how many members of the audience had heard of Honduras as a tourism destination, to which there was a positive response.

The focus of her talk was on the main products of the tourism board as well as the new products they are launching this year and the impact they are having on sustainable tourism. Firstly, Ms Chavez listed the natural assets that Honduras is blessed with which make it a popular tourist destination, from its coral reefs, 500 miles of Caribbean coast, to its world famous chocolate.

They have a joint project with UNICEF and many others with focus towards sustainable and responsible tourism. Honduras is well known for its coffee exportation which Ms. Chávez said “makes up 3.7% of their GDP, but tourism makes up 6%” so its importance to the country is clear.

One of the aspects of tourism that Honduras are currently promoting is the so called ‘avitourism’ in which Honduras hopes to become one of the most popular destinations for avid birdwatchers. The country has a large number of bird species located all over the country which means tourism can be directed to other areas which may not be so popular to regular tourists.

Ms Chávez closed by speaking about the living cultures on the North coast of the country, who have their own musical and culinary traditions. Her final message was related to the promotion of the latest industry which has launched in Honduras namely business tourism which focuses on high end hotels where clients can stay and attend conferences and meetings, this she hoped would develop further.

The guests at the conference were lucky enough to receive some Honduran coffee to take home and try for themselves. 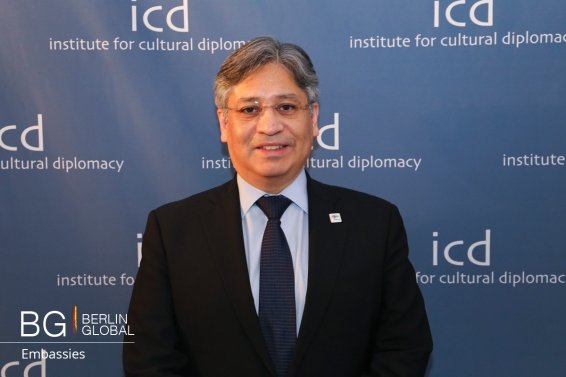 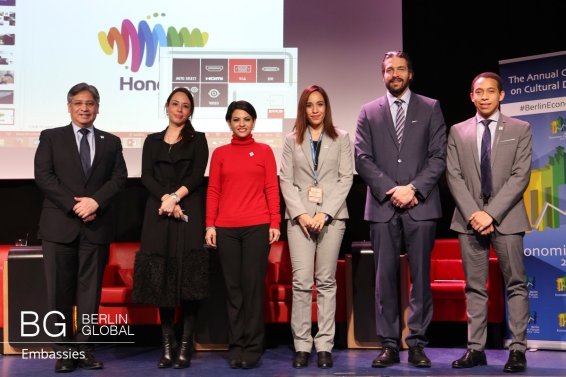