The Hitchhiking robot travels through Germany for ten days

From February 13th until 22nd, HitchBOT is travelling through Germany. HitchBOT is a robot from Port Credit, Ontario that has travelled throughout Canada. He will now arrive in Germany to continue the journey. The purpose of this journey is to promote new technologies and strengthen German-Canadian relations. The Canadian invention can only travel by means of hitch-hiking. With a built-in GPS system, everyone can follow him on his journey. Today, this Canadian invention will pay a visit to the Canadian Embassy in Berlin.

The Canadian Embassy will officially welcome HitchBOT at the Brandenburg Gate. The robot started his journey through Germany in Munich and visited the famous Neuschwanstein Castle. After that, the robot traveled to Frankfurt and Cologne and from there to Berlin. HitchBOT’s journey promotes German culture to a bigger audience and at the same time promotes Canadian culture in Germany. Canadian David Smith and German Frauke Zeller are the developers of this project and their focus has been to strengthen German-Canadian relations by sending their invention on a transatlantic trip.

The robot is completely dependent on strangers that want to take him home or drop him in another city. Inventors, David Harris Smith and Frauke Zeller, envisioned that this would be a key opportunity for individuals to engage with new technologies. HitchBOT allows people to become acquainted with advanced, intelligent technology.

After the visit to Germany, the developers will compare the two countries with regards to hospitality. This adds a fourth diplomatic aspect to HitchBOT as well as the promotion of both German and Canadian culture. HitchBOT’s location for the next days is unknown, but millions of followers will be able to track the robot’s journey in Germany for the next few days. On February 22nd, HitchBOT will be back in Munich in order to return to his home country. 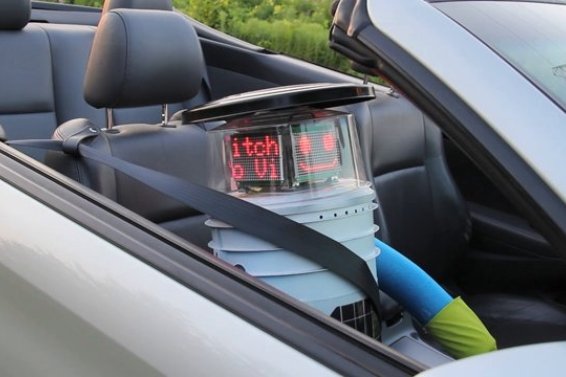 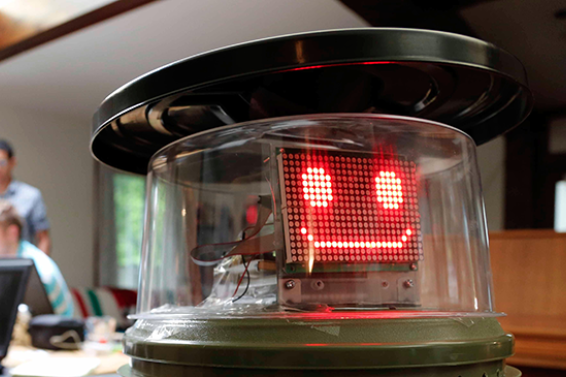