Disintegration and Integration in Central-Eastern Europe Conference Held in Berlin

The conference Disintegration and Integration in Central-Eastern Europe, Borders, Identities, Communities: The Road to Reconciliation and Partnership in Central and Eastern Europe was held in Berlin, April 2016, and focused on the integration process of this region since the end of Europes division in the framework of the transitions and challenges. To open the event, H. E. Emil Hurezeanu, the Ambassador of Romania in the Federal Republic of Germany made a speech about what he considers the main problems in the European Union.

The Ambassador began his speech with a historic review about Transylvania and Vojvodina, and mentioned the former Lotharingian border and the conflict between France and Germany, as a keystone and catalyzer in the history of Europe. He also explained, that in his position as an Ambassador “loaded silence is better appreciated than rhetorical convolutions” and he tries to maintain a reasonable balance. He started to list Europe’s problems with the questioned status quo and the weakened situation of the common institutions, for example the Eurozone and the Schengen Area. In his opinion the European countries started to show signs of their former selves, precisely those things they wished to overcome through European integration, for instance egotism, nationalization or the rejection of federal consensually. He highlighted, that the current crisis is shaking the foundation of the EU’s construction and institutional infrastructure.

By carrying on, he focused on the social and economic crisis, escalated to a political crisis with the rising of the Euroscepticism and with the still existing disparity between rich and poor countries using the same currency and facing the same social expectations. He defined populist parties as a threat to the common thinking bringing powerful anti-democratic and anti-European tendencies to the everyday political dialogue. He explained this situation as a combination of a material and a moral crisis, which makes citizens believe again, that they can live better and happier alone, rather than as part of a collective system. To confirm his affirmations, he mentioned the Scottish referendum and the possibility of a British withdrawal from the EU, also he noticed France with the largest anti-liberal, anti-European party. By switching the topic, he focused on the currently most discussed and most controversial topic in the EU, the waves of refugees and in relation, the challenges in the Schengen area and its biggest achievement, the free border crossing. He criticized Hungary because of building defensive walls of separation along the borders with Romania and Serbia. He underlined the efforts taken by Greece, who in his opinion is singlehandedly protecting the borders of the European Union and referred to Turkey as Europe’s lifeguard in the refugee crisis.

As a conclusion he quoted Slavoj Zizek, a Slovenian philosopher's theory called fetishist disavowal, telling that someone gives up gravity, seriousness by the admittedly undying charm of catastrophe, knowing that “it is impossible but I will make an attempt”. He mentioned Germany, as a symbol of prosperity and generosity in Europe. He confessed, that we are in a turning point of history because of the “overlapping and paradoxical crisis”, but he believes that Europe will succeed. 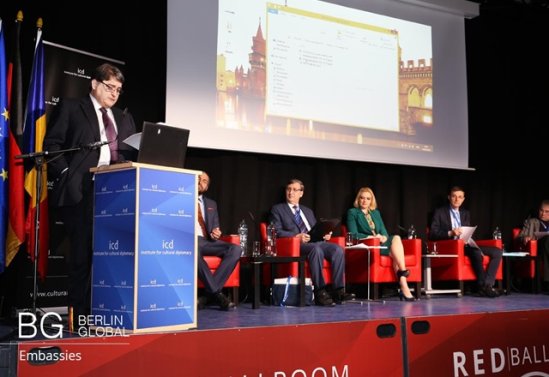 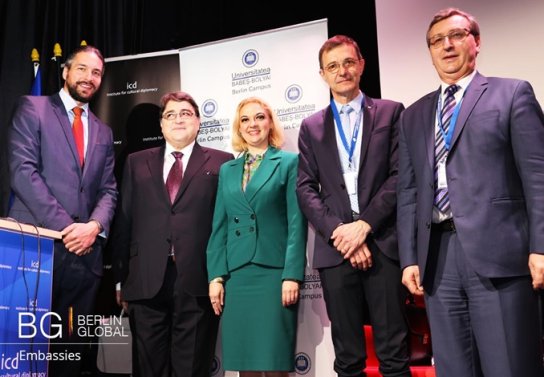