Crash of Air on Display at the Finnish Institute in Berlin

The exhibition explores the concepts of paradoxes and contrasts, something that the title “Crash of air” is an example of. In her installations and sculptures Koitila is experimenting with different materials and visual elements in new and innovative combinations in order to provoke critical and creative thinking. The pieces in “Crash of air” consist of matierals such as stearin, barbed wire, pigment, ash, charcoal, wood and salt - only to mention a few.

One big inspiration in her work is the surrounding environments, even though it sometimes isn’t until after a piece is finished that it becomes clear how the surroundings impacted her work. Elements such as colour and texture are often sources of inspiration. Works by Koitila can be seen at exhibitions in Germany, Finland and Sweden. The places in which she has lived during her life are other sources of inspiration influencing her work by providing new impressions and challenges, among those are the urban setting of Berlin.

The Finnish Institute in Berlin was founded in 1994, it became Finland’s first cultural Embassy in a German-speaking country. It is a forum for Finnish culture, science and business in German-speaking Europe and provides a platform for long-term collaboration and dialogue between the countries. 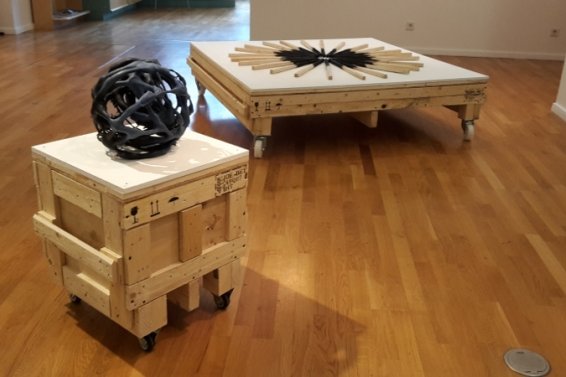 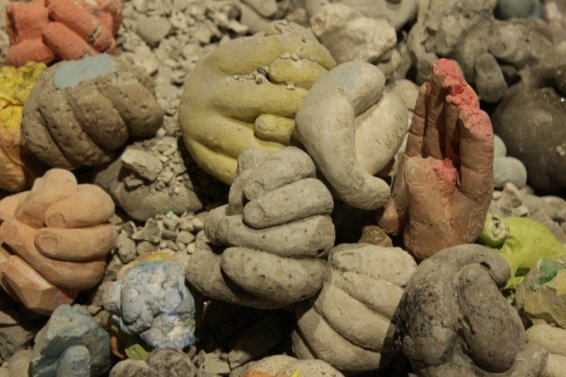