Kino Central is an open-air cinema in the heart of Berlin- Mitte, tucked away in the far side of a graffiti filled brick alleyway

Central Kino is a fun place to wander in with your cute but cool date, your children or a group of cinema loving friends. With a chilled Augustina in hand or a delicious treat you can watch an array of films, from independent & engaged ones like Moonlight, the hair curling Hereditary or a heart-warming feel good film.

Two films currently on view which are worth highlighting are Hereditary by Ari Aster  various times throughout the week and Moonlight by Barry Jenkins  only on view Wednesday 27th at 12:15 pm.

Hereditary is, in short, a marriage of the infamous Exorcist with Polanski’s artistic Rosemary’s Baby albeit with a somewhat happy ending if you have satanical leniencies. The film is set in an unidentified location, somewhere in either Canada or the United States, in a wooden family home which feels like a miniature of the Shining’s spectacular hotel. Possession, conjuration but also Grief and in a twisted way, love and sacrifice, interlink in this jaw grinding film which will make you retreat as far as possible into your seat. One can imagine that the dark atmosphere of Central, with its blind corners and weaving plants will make viewing Hereditary an immersive and toe curling experience.

Moonlight, winner of the Cannes festival, is a must see for everyone regardless of age or preferred genre. Directed by the up and coming Barry Jenkins, this biopic portrays the modern rite of passage of the young black Chiron who discovers and defines his identity in a Miami “ghetto” on a soundtrack of classical masterpieces. The film takes a genuine and non-interfering or voyeuristic look on being queer in a hyper-masculine environment, as well as dealing with the challenges of intersectionality, namely being a disadvantaged black and queer youth.  Nonetheless, the film is not imbued with pity or over dramatism, it is an artistic, moving and realistic take on a very personal experience.

To see these two movies and many more check out the Central Kino’s informative website for an up to date schedule on current showings as well as up-coming ones! 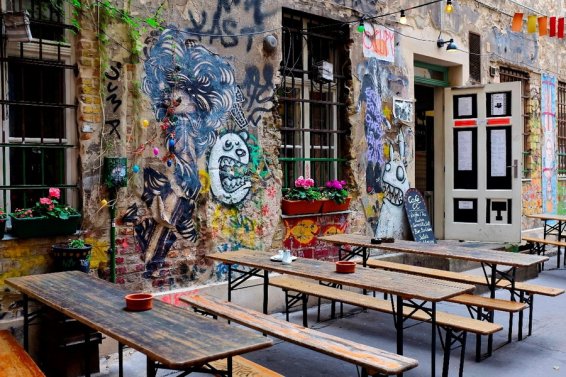