A Lecture on Education in Islam

"Without Science, Religion Turns to Radicalism and Without Religion, Science Is Blind and Puts the World in Danger 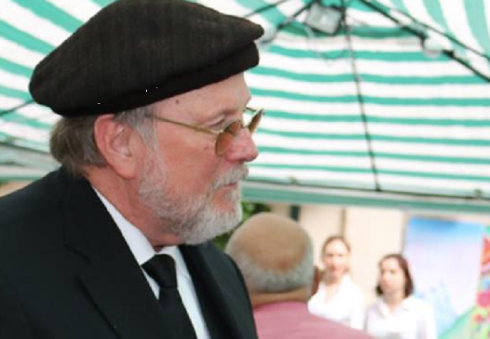 On June 2nd 2016, Professor Hugh van Skyhawk, winner of a Peace Award in 2008, gave a lecture on the topic of “The Meaning and Value of Education in Islam” at the embassy of Pakistan, Berlin. In the lecture, van Skyhawk explained to what extent Islam is a peaceful religion, deeply anchored in education.

The 9th of October 2012, the 15th of June 2013, the 16th December 2014, what do all these dates have in common? On those days, Muslim students have been attacked and killed. Amongst those attacked are the now famous Malala Yousafsai, the University of Charsadda and the Pakistan Army School. Pr. Skyhawk started his lecture by highlighting these examples to show that in the last years, some Muslims have been prevented from learning by other Muslims. This is often on account of differing interpretations of the Qu’ran.

The professor developed his views over education in Islam itself and the role of teachers: ‘Acting as role models, teachers not only cultivate moral ideas in their teaching but also embody and perform them in an effort to positively influence the character and conduct of students.

The teaching profession in Pakistan has had no lack of inspiring role models many of whom later sacrificed their lives as martyrs, martyrs of ‘film.’

When the professor began talking about the position of women in education and about their right to learn, he made very clear that Islam not only allows it but encourages it. Indeed, ‘Islamic extremists intend to commit atrocities on women and girls seeking education in many different countries across the Muslim world, especially in countries with medieval tribal societies that have not yet accepted the inalienable right of women to education.’

To conclude, professor van Skyhawk explained that to him, education is everyone’s duty to themselves; to better understand oneself and others equally. He preached in favour of love towards all human beings irrespective of their religion or their gender.