10-Year Anniversary of the Canadian Embassy Building in Berlin

April 25th will be the 10th anniversary of the Canadian embassy building at Leipziger Platz in Berlin.

Ariane Apicella - An open house event is to take place on Saturday 25th April, from 14h to 16h, at Leipziger Platz 17, to mark the 10-year anniversary of the Canadian embassy building in Berlin, called Canada House.

The impressive building is the home of the Canadian embassy to Germany. Unlike other western nations, Canada only very recently established an embassy in Berlin – they have traditionally only had consulates - and Canada's first embassy to West Germany was in Bonn. Besides, Canada never had an embassy in East Germany.

Ten years ago, Adrienne Clarkson, Canada’s 26th Governor General, inaugurated the Canadian embassy at Leipziger Platz, alongside Ambassador Paul Dubois. This week, on April 20th, Ambassador Gervais-Vidricaire welcomed the Hon. Clarkson back to Leipziger Platz, where they took a photo next to the plaque unveiled by the Governor General 10 years ago.

Leipziger Platz was once one of Europe's most elegant squares, sadly damaged during the Second World War and destroyed to make room for the Berlin Wall. The "Kanada-Haus", designed by Kuwabara Payne McKenna Blumberg Architects, serves as an "anchor" and inspiration for buildings on the Northwest corner of Leipziger Platz. Its design style has always been "openness", and it has a walkway, known as "Northwest Passage", that allows pedestrians access right through the building from Ebertstraße to Leipziger Platz.

Going through the building, you can see the integrated artistic designed of Canadian artists and find out more information about Canada in a cutting-edge multimedia information room. A team of Canadian architects has created an reception space, using Canadian building materials and highlighting Canadian design and technology, in order to welcome all the visitors and the public to the Embassy.
Other features of the building include a green roof featuring a scale model of the Mackenzie River Delta, a multimedia center with wireless internet access and interactive kiosks, and an auditorium and conference center. There is also the "Timber Hall", a twenty-side multi-purpose room with a skylight, and the media rooms, called the Marshal Mcluhan Salon. The public spaces at the Embassy are used to host a wide variety of public functions of both a cultural and business nature.

To celebrate this important anniversary, a variety of activities and events have been planned for the weekend, with information stands, Canadian snacks and drinks, as well as films and prizes.
The event admission is free and advance registration is not required. 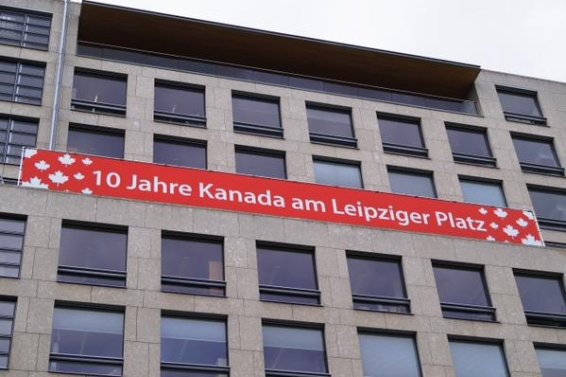 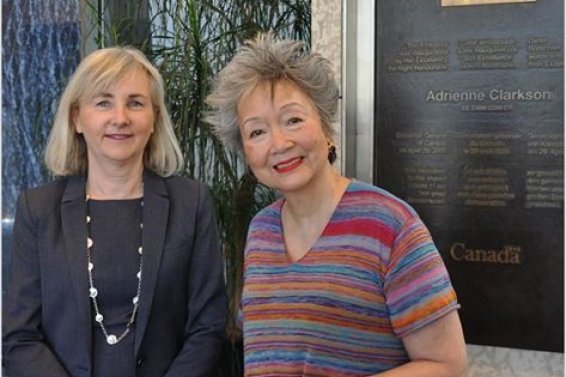